BIG double IPAs (DIPA) are some of my favorite finds. I love it when a brewery gets a little wild with their hops and punches me in the face with flavor. If you’re a hophead too, then you know what I mean. 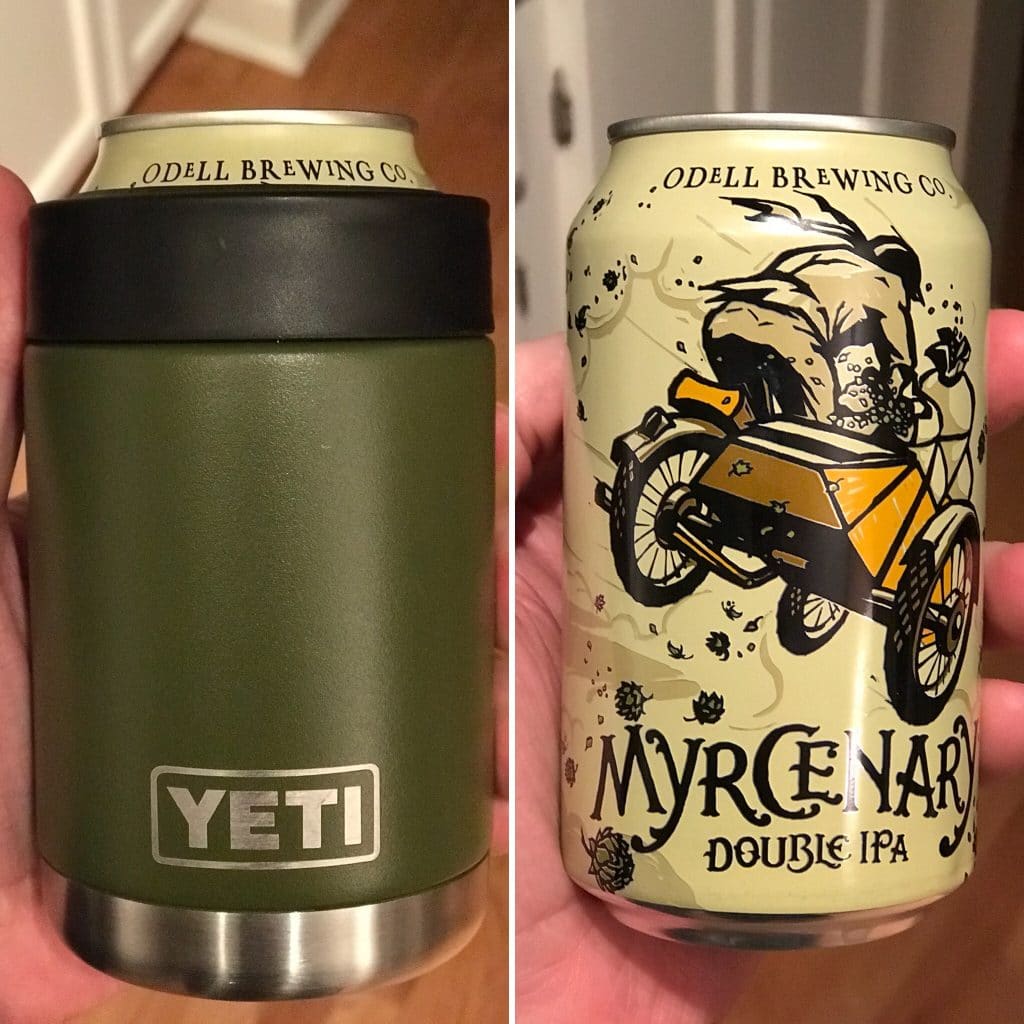 Now that I’m a proud Colorado transplant, I’ve been on a mission to absorb as much local beer as possible. I’m even building a Google Map of all of the breweries within a 5 mile radius for when friends and family visit. Look… I’m from Georgia, and the state was just catching up to beer laws as we crossed the country in a U-Haul.

One of my favorite breweries in Fort Collins and CO is Odell Brewing Co. Last time I visited Fort Collin (FoCo), Odell was a fun highlight of the trip. I was able to try a variety of IPAs, including Myrcenary Double IPA.

As one of the larger local breweries, you would expect that they would be a little more commercialized (aka less fun). That assumption couldn’t be further from the truth. So far, Odell has served up on of my favorite local Amber Ales and Pale Ales.

The Myrcenary Double IPA was one of my favorite flavors from my brewery visit. However, the tasting notes were a little fuzzy since it was the second brewery of the day. When I found it at my local bottle shop this past weekend, I had to grab a 6-pack.

Weighing in at 9.3% ABV, the Myrcenary Double IPA from Odell is so smooth, it’s deadly. One of the things that has disappointed me recently with high hop ales is the high alcohol flavor from the beers. It’s as if that the race to create high gravity craft ales has made us forget that flavor matters.

Odell Brewing Co doesn’t skip out on the flavor. In fact, the Myrcenary DIPA is shockingly smooth. It’s definitely a double IPA, but it’s carefully crafted to accentuate hops over alcohol content. This beer is less boozy than some regular IPAs I’ve had recently.

The flavor profile stays very smooth throughout the drink. There’s a smooth pine and citrus that carry through the entire experience and leave you wanting more. If you don’t live within the Odell distribution radius, I feel bad for you because this ale rocks.

There’s almost nothing better than bourbon, whiskey or rye neat or on the rocks (many rocks or even a slushie … END_OF_DOCUMENT_TOKEN_TO_BE_REPLACED

There's barely still time to shop for Father's Day and not end up with a crappy gift. No matter who the dad in … END_OF_DOCUMENT_TOKEN_TO_BE_REPLACED

Well, this was way different from what I was expecting. But if I'm being honest, I didn't know what I was … END_OF_DOCUMENT_TOKEN_TO_BE_REPLACED